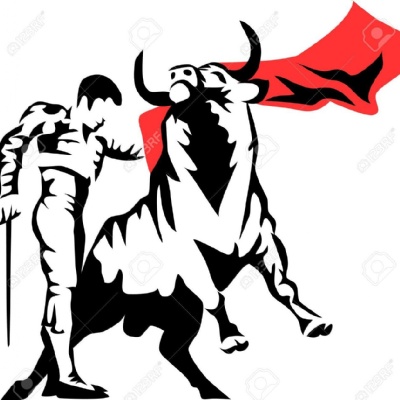 For the Big Write on Friday 15th April the children were asked to write a persuasive argument either for or against the sport of Bull fighting.

Joshua Wardale wrote that bull fighting was a cruel sport because both the bulls and matadors will be harmed, he continued to argue against bull fighting by explaining that bull fighting as a tradition in Spain had become outdated which leads to a pointless death. Whereas Hayden Holmes argued to keep the Spanish festival going as it brings in lots of money to the country and the actual bull fight was more of an artform rather than a sport.

What do you think - Do you believe that bull fighting should continue, or should the whole sport be banned? The children in class came up with some great arguments for and against perhaps you could have your own debates at home.