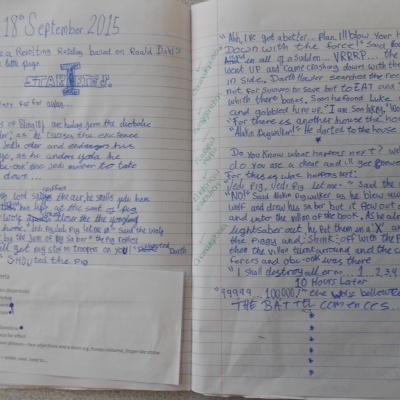 This week in Year 6 we have been English detectives and have been investigating the writing techniques of Roald Dahl. Did you know he used exaggeration? (Hyperbole to you clever clogs!)  The power of precise nouns and adjectives, repeating the same idea three times and making up his own words like scrumdiddlyumptious! Dylan in Year 6 wrote his own version of a Revolting Rhyme crossed with Star Wars with the Three Little Pigs and it was so good he read it out in KS2 assembly to a very appreciative audience!