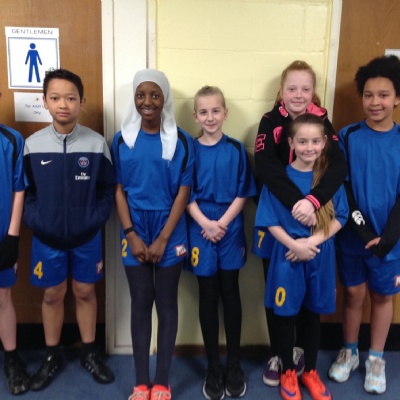 On Wednesday 9th March, we entered a High 5 Netball tournament taking place at Brackenhale Secondary School. The people who went to the tournament are: Tom, Kelsey, Kiera, Millie, Lola, Frankie, Tino, and Anjil. Changing positions half time, there was always two subs.

By Kelsey and Olivia.

Seven children went with Mr Keohane and Mrs Botley to Brakenhale’s tournament. High-5 Netball is a mixed 5-a-side game and has no wing-attack or wing-defence positions. The rules are the same as for normal 7-a-side netball, expect that at half-time you swap positions, meaning you’re not always stuck in the same role. Having started out with no netball knowledge, Mr Keohane taught the team to a very good standard and they played brilliantly during the afternoon, thoroughly deserving the win they got. All should be extremely proud with the way they played and represented school on the day.