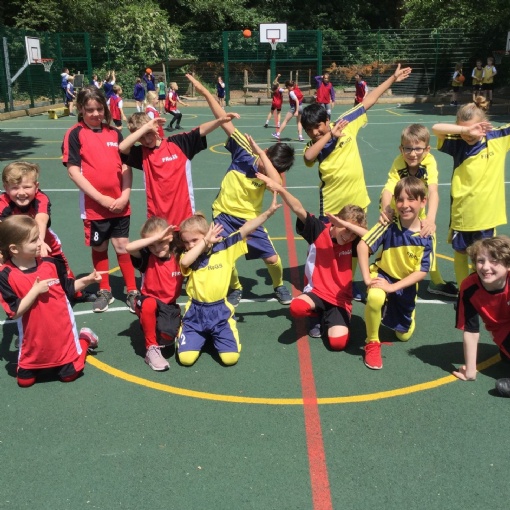 Year 4 have been practising the game of Benchball in PE and two teams were selected to go to Evendons Primary School in Wokingham for the Year 4 Benchball Tournament.

We gave it everything we could, from throwing ourselves into the path of the ball to stop them scoring, falling off the bench trying to catch the ball and carrying on as if nothing had happened, to running ourselves ragged when we were attacking.  Despite some fantastic play from our teams, we were unable to bring back the Evendons trophy, finishing second by 3 points.

All the players should be proud of the way they played and are already looking forward to trying to beat them next year.